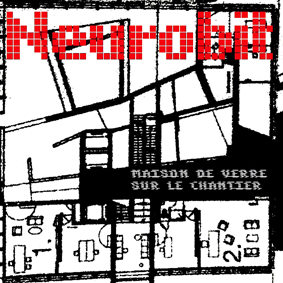 Neurobit is an experimental artist working on an improvisational basis. The man behind the project is Bas Welling, also known for previous works under the monikers Former Descent & Rioteer and remix works for artists like Maurizio Bianchi, Ra-X and Deathmaker. The Neurobit sound consists of soundscapes, drones, pulses and noises based on the idea of a live situation. The sound is based on minimal suites made using 4bit, 8bit, & LCD console sounds, sounding at times experimental or ambient.

This composition was recorded live at Huis Aan de Werf, Utrecht in The Netherlands on the 2nd of February 2012. This recording was made using oldschool console equipment and effects.

For Bookings, Support, Questions or General Approvals or Disapprovals:

Uploaded by Clinical Archives on April 24, 2012